peace, and another decade of much love.

Sandwiches are the sets they play before and after commercial breaks on Late Night.

In honor of making 1000 of those original compositions, Questlove liberated 22 of them on twitter and All The Way Live compiled it into an EP.

also. click on the twitter above, then click on the swift.fm link and listen and read the descriptions to each track…questo really knows music and it’s so interesting to see what inspires him and how it makes him feel and think.

peace, and be well rounded love.

I just think this cover is incredibly fresh.

Peace, and much love.

MY NEXT ALBUM IS NOT TITLED “LUPE.N.D.”…

“LASERS” is NOT my last and final album…

“LASERS” does NOT HAVE A RELEASE DATE YET…

“SOLAR MIDNITE” was exclusively done at the request of the Twilight: New Moon Team to be apart of their film, motion picture soundtrack and as a vehicle to promote the film… NOT TO PROMOTE “LASERS”…

People thought I “SOLD OUT” when I did “Kick, Push”…

“SOLAR MIDNITE” is NOT a HIP-HOP RECORD…

I’ve done ROCK or ROCK-like records on all of my previous albums…i.e. ” The Instrumental” “Hello/Goodbye”…

I DO NOT GO BY “LUPE FIASCO” WHEN I DO SONGS WITH JAPANESE CARTOON…NOR PERCIVAL FATS!!!…I USE MY REAL NAME…

Enemy Of The State was NOT, NOT, NOT meant to be an album…so stop (to the ungrateful among you) TREATING it like one…

MOST OF ENEMY OF THE STATE WAS DONE IN ONE DAY…

IF YOU DONT HEAR IT FROM ME OR DJ BUSY IT MAY NOT BE THE COMPLETE TRUTH!!!

peace, and just to set the record straight, love.

another really beautiful video. extremely simple effect with the camera following the board throughout.

this video is beautiful…the story is simple, incorporating the performance aspect into the story itself.

more about "kid cudi…pursuit of happiness vid", posted with vodpod

peace and pursuit of happiness love.

this video’s incredible! it’s simple, the effect is fantastic, it’s very well produced. i like how dark it is…the contrast between his face and some highlights to the dark background is really evocative. i also think mos uses the flashing/shadow effect really well as he bounces.
great video…i look forward to learning about these kinds things i enter the telecommunications major here at school.

francis and the lights…download all francis’ music

I’ve mentioned before how much i dig Francis et al…Here’s your opportunity to download literally EVERYTHING that has been released by Francis and The Lights…for FREE! The zip file includes live, covers (including kanye west, john lennon, beyonce, more), new songs, eps, etc. It’s like 211mb.

My apologies for not being on too much this week or next…it’s finals here so i’m in grind mode. Keep your chins up!

mr hudson…anyone but him remix contest

Mr Hudson is having a remix contest for his next single Anyone But Him. The song is from his debut solo album Straight No Chaser on Kanye’s G.O.O.D. Music imprint. It’s an incredible album but is only (legally) available in the homeland (read UK) currently. It gets released here tomorrow according to wikipedia though I can’t find really any other information on it. Please find a way to get it and immerse yourself in heartache.

If you’ve got what it takes you could feature on Mr Hudson’s next single ‘Anyway But Him’, which is set to be released in the new year – Kanye West features on the album version but it could be YOU on the digital release.

Mr Hudson is looking for fresh UK MCs to record their original verses onto an instrumental of the track. Whoever lays down the sickest 16 bars will get the chance to hit the studio with Mr Hudson and will feature on the song which will be digitally released on March 15th.

1. Download the ‘Anyone But Him’ MP3 Instrumental for free by registering your email address in the box below.

2. Write & Record your original rap over the Instrumental.

The entries will be judged by Mr Hudson & the best verses will be posted on Mr Hudson’s website & online profiles. The winner will get to record the final track in a professional studio with Mr Hudson.

You can enter as many times as you like.

Anyway, the remix contest says it is for UK emcees, but I feel like if a rapper from elsewhere in the world submits something and it’s super ill…why would they deny it?? The original track features a Kanye West verse (which is dope in its own right and I don’t understand why they’d change it?..but)
So in the light of hope for the extension of personal expression…find the instrumental here and record your best translation of self absorbed jealousy in 16 bars.

Lupe Fiasco…Enemy of the State: A Love Story [Mixtape]

The new mixtape from Lupe Fiasco has arrived!

Oh yea…and another one is coming…

peace! and remember to smile, love. 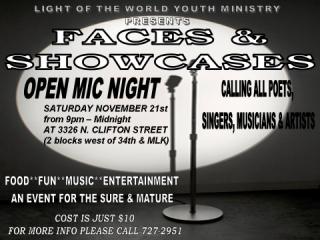 top 5 videos i’ve seen this year. i gotta say, this has been a great year for mtv’s ex-forté.

i really like the song a lot too. i’d never heard of johnathan boulet before but i really like his shit. good good music. and doing things that people haven’t done, pushing boundaries, visually and sonically. keep it up, johnny be good.
don’t kill your self, don’t do drugs.

2nd Song of the Week…i guess it’s more song of the day, cause it’s just a day that i decide to post a dope song. but dig it…
Blackroc – On The Vista feat. Mos Def
This is so ill. I love mos…especially when he teams up with dope production. Just download this and support them when they drop…good shit.

It’s actually a pretty long interview but i know you all dig lupe sort of like i dig lupe…so it’s interesting. really it’s mainly him talking about how he felt like he lost his passion (obviously, talking retirement and all) and recently got it back when going through his old mixtape catalogue. he feels like his old shit is still completely relevant and fresh today (which i would mostly agree with).

…it’s like, ‘yo, I was doing that back then?’ That record is almost 6 years old. And it’s still fresh, it still has meaning, and I forgot some of the lyrics so I’m like, ‘that metaphor was kind of crazy.’ It was just like, ‘am I doing that right now? Have I maintained that?…Why would I stray away and not come as hard on every record like I was doing before? That was real. Yeah, I’m gonna go back. I’m gonna go back into the studio and try to beat myself, try to take myself back to where I was.’

this is crazy! imo, it added whatever was missing from the song. it makes it go harder i think…

“I’m a writer man, I appreciate the elements of Hip Hop. I appreciate a guy like Common who goes city to city and just spits at the crowd for ten minutes about everything he sees. I admire talents like that because…That’s not really my creative process.”

he just sounds like a basic up and coming rapper in the freestyle i.m.o.
he’s still really dope and in my top 4 favorite new artists…he’s a writer!

here’s a video from a recent show where ‘lu when in over Drake’s “Forever.” my guess is a mp3 of this will be on the new Fahrenheit mixtape coming the end of November.

yea…he is better than all of them except maybe em (maybe!).
peace, and remember to smile, love.

Lu’s mixtape series expands…Fahrenheit 1/15 number 6 drops November 25th, 2009. The official title will come soon enough…
Be on the lookout! Check out those first 5 if you haven’t heard them yet.

Peace, and remember to smile, love.

he’s coming with a new mixtape…